The timeless issue of high youth unemployment in Greece

The timeless issue of high youth unemployment in Greece 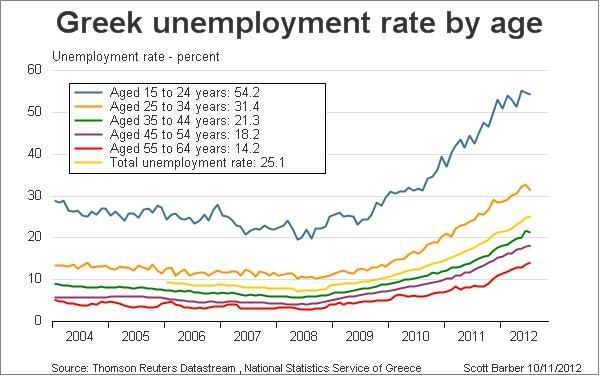 How much did the pandemic crisis affect the situation?

The global economic downturn of 2008 particularly affected children and young people, especially those aged 15-24 who dropped out or were excluded from education, employment and training, according to the ENA Institute’s Social Development Bulletin.

It is worth noting that especially in Greece, young people were the first for whom forms of work without collective collateral were applied – such as vouchers -, the first for whom the minimum wage was applied, the first to be found in the frame of internal devaluation.

Impact of a pandemic crisis

In addition, the pandemic crisis does not have the same effect on all social and age groups. The effects of the pandemic and the policies pursued have shown that young people are more vulnerable than other age groups to crises, and this is because the most vulnerable social groups seem to be the losers of any adjustment in times of economic, political and social instability, according to ONE Institute.

It is therefore observed that while in several Member States youth unemployment follows a downward trend, in Greece it does not follow the linear downward trend of overall unemployment, but is quite high, as in 2020 it continued to record the second highest rate in the EU (34,3%) after Spain (38,3%), showing a deterioration compared to 2019 (33,9%). According to all the above, youth unemployment is a separate category-phenomenon, according to an analysis by the ENA Institute.

The effects of the pandemic

The 2020 pandemic was a different kind of crisis for young people: “artificial restrictions” on economic activity (closing shops and restaurants, for example) have particularly affected the sectors that employ a large proportion of young people with precarious contracts. Restrictions on social activities affected the social development and participation of young people, while the suspension of educational institutions did not allow them to take advantage of the opportunities offered to them to accumulate skills and educational capital.

Unemployed or economically inactive young people were more likely to experience housing insecurity (17% in the spring of 2021) and have difficulty meeting their daily needs (43%), as well as lack of savings (39%). However, more than half of them lived with their parents, which provided security for some vulnerable young people.

Regarding Greece, the Eurofound recently recorded the worst result with a difference in the percentage of young people who remained unemployed in the pandemic (30%).

This is, in fact, a negative first in Europe, but also in relation to other, older, age groups.